I haven't really done any real posts lately.  And I mean ones that don't deal with some kind of challenge or blog thing.  I haven't done a project post in awhile either!  That's because I haven't really been working on anything until now.  If you follow me, you know I was in a bit of a slump.  Luckily, I have gotten out of it and have started working on stuff again.
I wasn't familiar with Flickr until I joined it to post my 30-Day Journal entries.  It is such an awesome website!  If you are like I was and are behind the times, its a website where people upload pictures and join interest groups to share their photos.  I found an embroidery group where people post their finished projects they have done.  There are definitely some talented people out there.  If you ever get the chance, you should go look at some of the people's work.  Especially those that make their own patterns.
Anyways, I got inspired and started looking through some books to pick out something that I could start embroidering.  I had a bunch of coloring books for animal references for drawing laying around, so I looked through them.  I found an awesome picture of a squid, drew it up and put it on my fabric, and started stitching.  This is what I have so far:﻿ 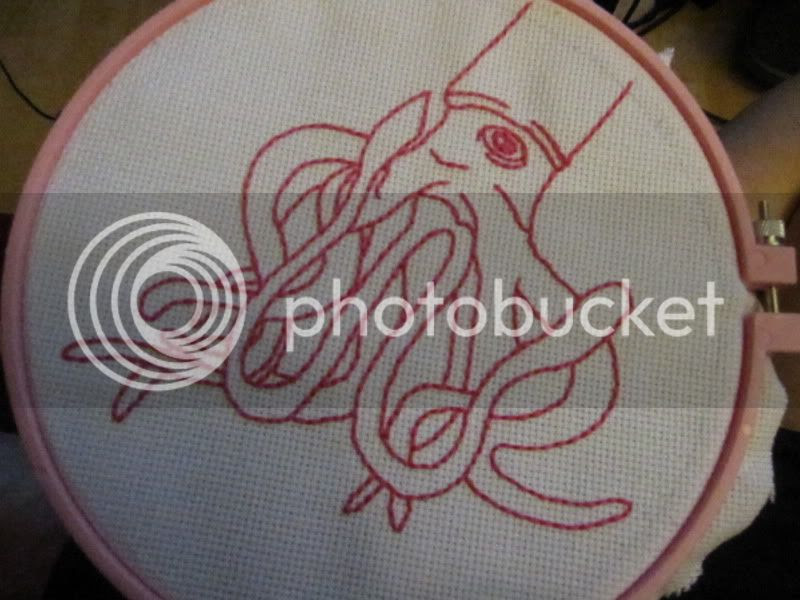 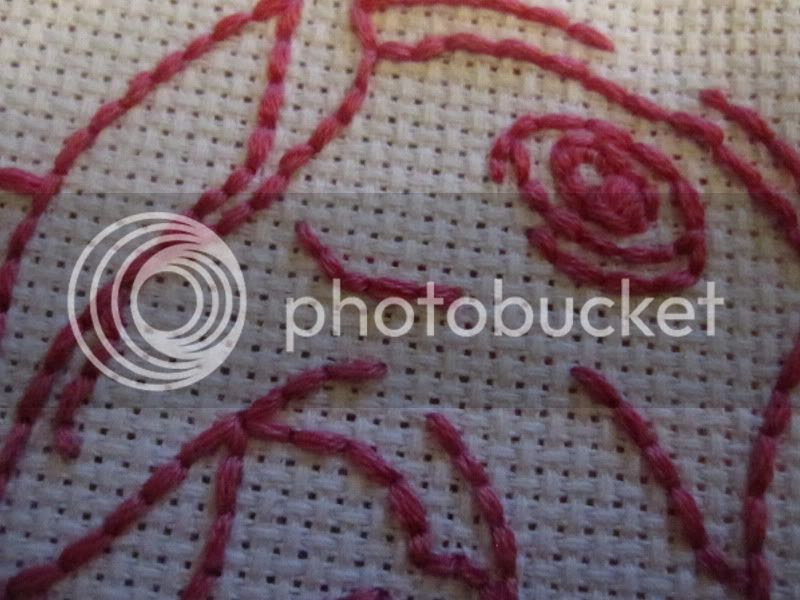 I'm really happy with how it turned out so far.  The only thing I don't like is my stupidity.  When I went to the craft store I bought cross stitching cloth.  Yeah, I'm not cross stitching.  Nothing against it, but I hadn't planned on doing it, so I have no idea why I bought it.  Its kind of hard to put the needle through places where there are not already holes.  At least when I do it on the actual cloth on the next project it will be easier.
I'm still not done.  I have a bunch of details to add.  The main one being the suckers.  I think that's going to be a bit of a challenge.  Hopefully, it will be done next Friday so I will have a finished project post!﻿
Posted by Cheddah at 8:16 PM