This week has been busy and I have been lazy.  Haha.  Well, I was sick, so I wouldn't exactly call it laziness.  I just didn't have the energy to do anything.  We went to a museum last weekend, found out our application for our new rental was accepted (YES!), Dan watched Maggie so I could have a girl's day on Friday, and Saturday one of my brothers-from-another-mother got married.  I am tired!  This week I also hit 30 weeks pregnant!  Three fourths of the way done.  I am so ready!
Last weekend our little family went to the free Airborne Museum they have in Fayetteville, NC.  We have lived here for 2 years and have never gone.  Since Dan is a paratrooper I wanted to see what it was all about.  The museum was actually a lot nicer than I thought.  There were so many life-size dioramas everywhere that people could walk up beside.  They even had men hanging from the ceilings like they were jumping out of planes.  Maggie really liked those.  I took a ton of pictures, but I only posted a couple of my favorites. 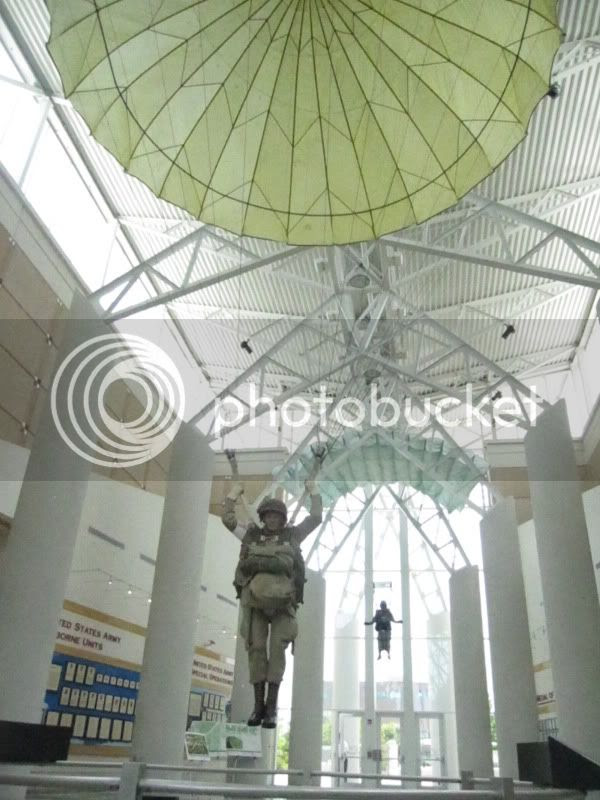 The dress on the right was made out of a silk parachute a paratrooper saved and carried home from WWII.  His wife wore it on their wedding day.  Amazing! 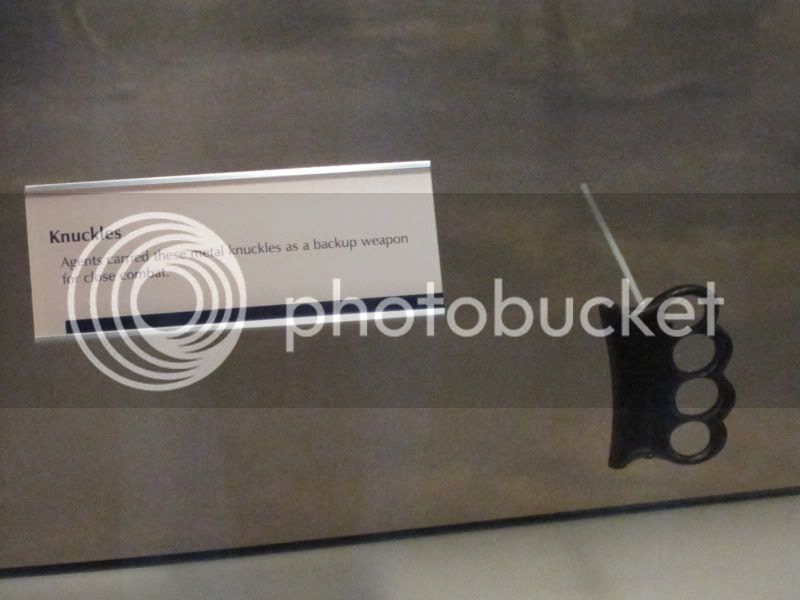 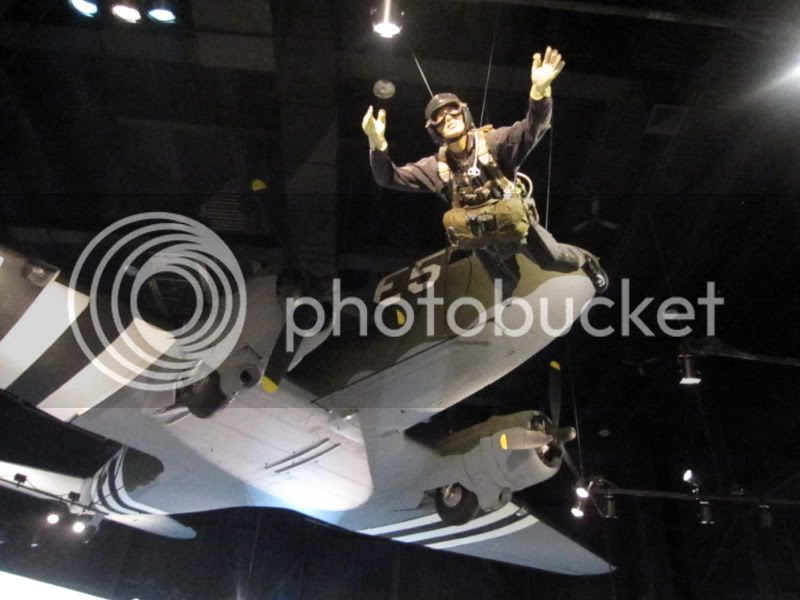 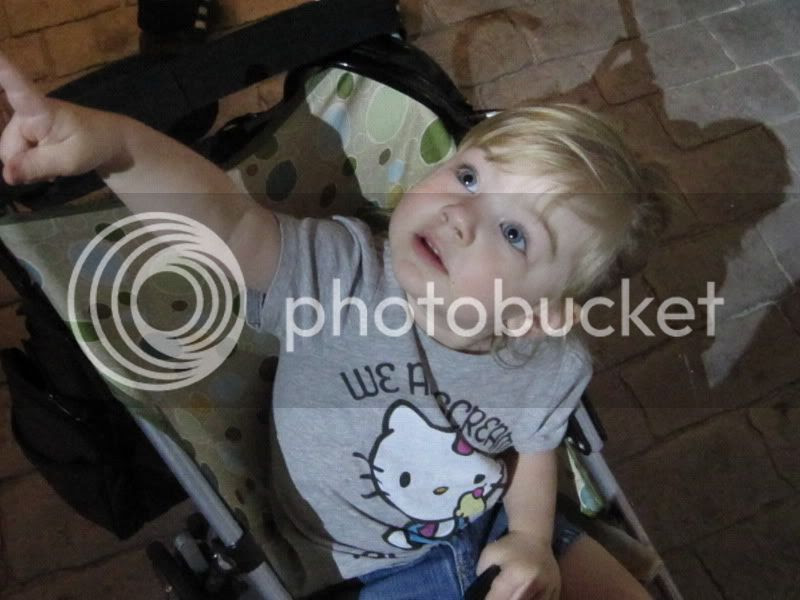 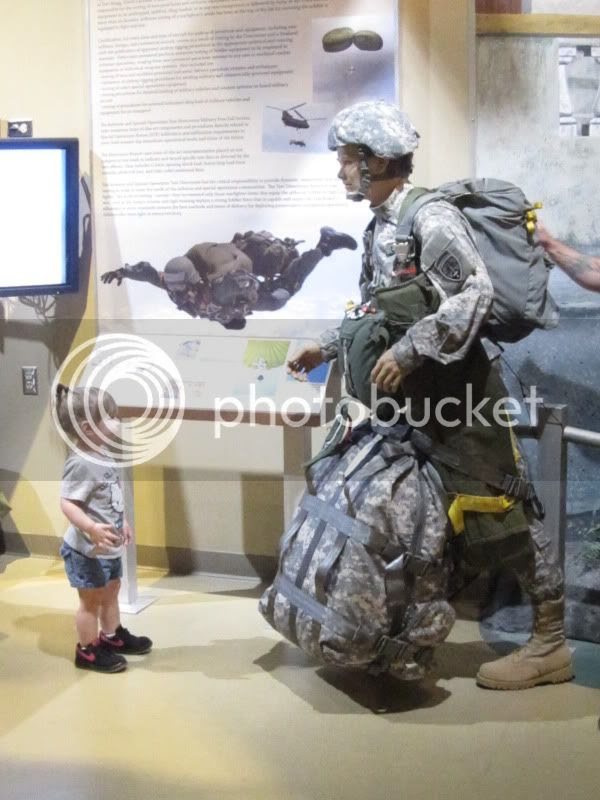 Folding bike on the left, and a mannequin that Maggie kept calling daddy. 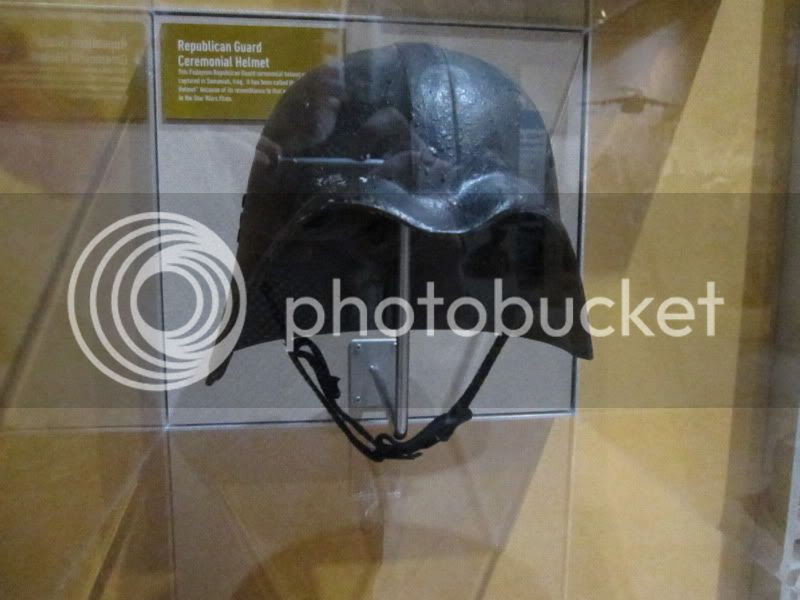 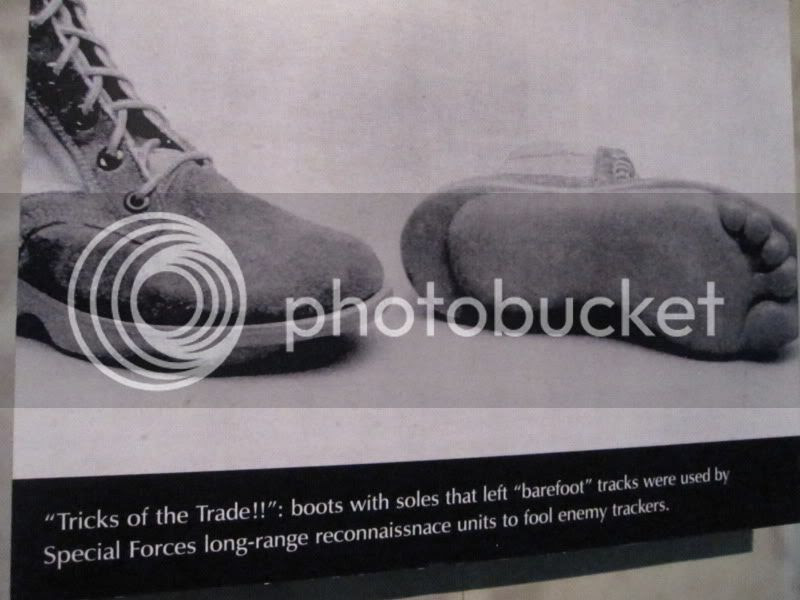 On the left is some kind of celebratory helmet from Iraq that looks exactly like Darth Vadar's helmet, and on the right is shoes worn by a Special Forces unit during the Vietnam War to fool the Viet Cong. 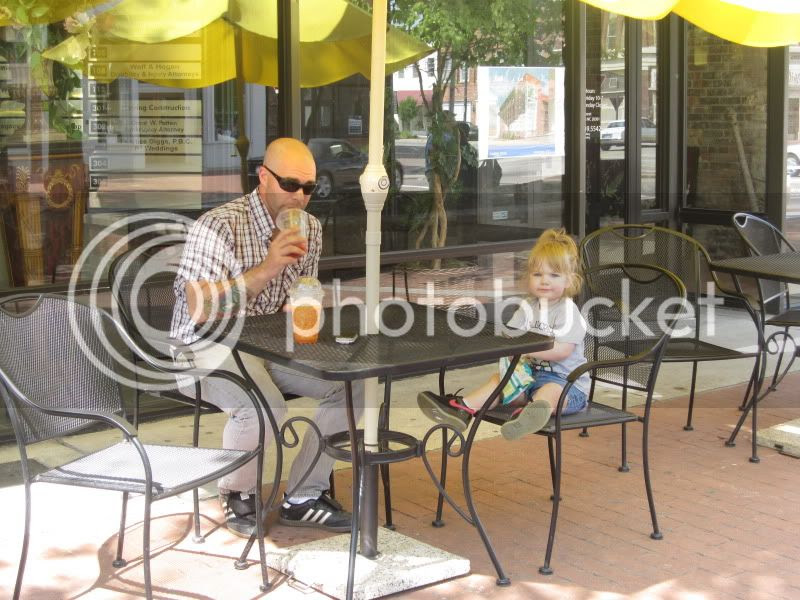 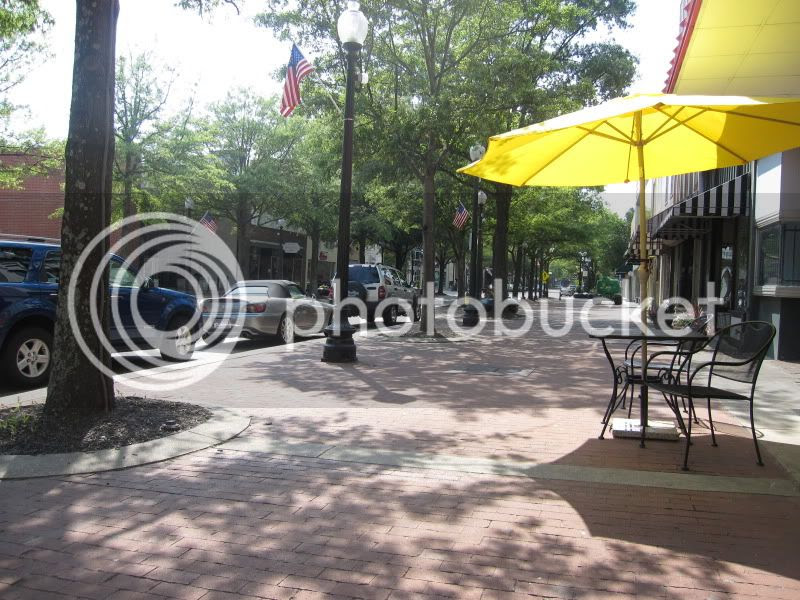 We stopped to get smoothies at the only nice part of Fayetteville, NC - Hay St.  The only sad part about this part of town is that most of the buildings are vacant.  This was taken on Sunday afternoon where most downtown areas are crowded with people.  I saw about 3 other people the 20 minutes we were sitting there.


Friday I went up to Raleigh and hung out with my friend, Rebecca.  We sat around, vented about things that have pissed us off that week, got some lunch, then went out to a Good Will in this "rich" shopping center.  It did not disappoint.  There was so many clothes I wanted but didn't get, because I could not fit into anything!  Really hard to try on clothes when you're 7 months pregnant.  I did score a set of canisters and a tea light candle for scented oils. 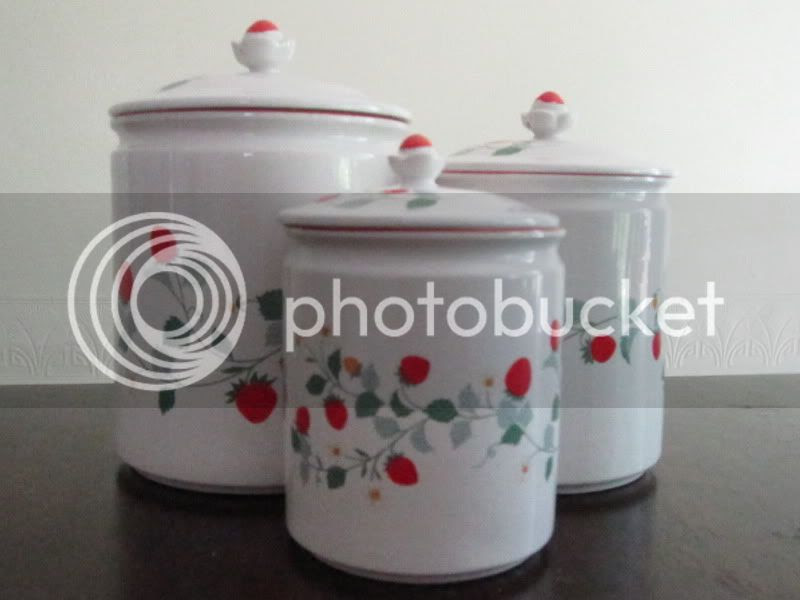 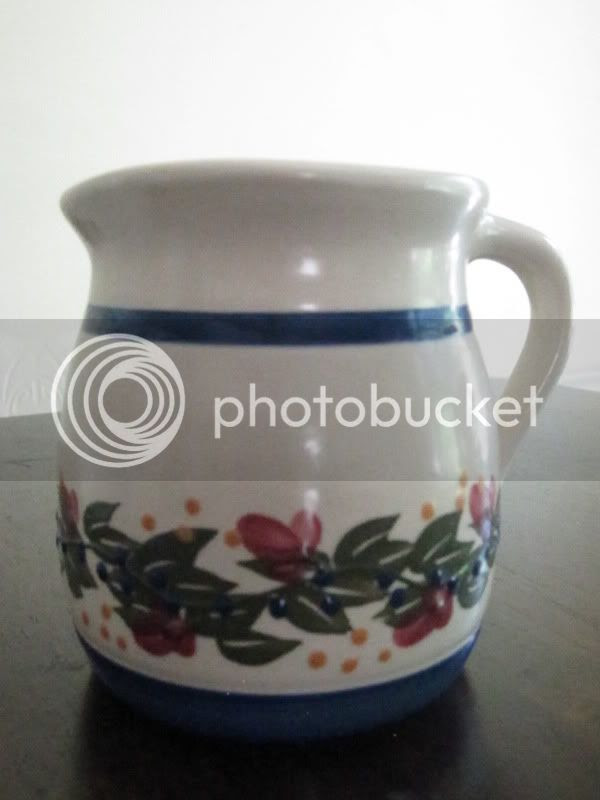 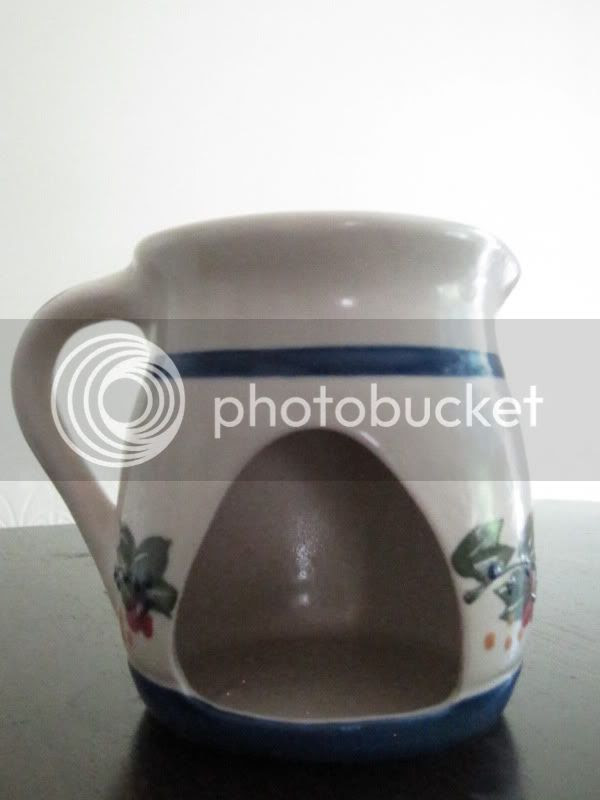 And Saturday we went to Camp Lejeune for Ryan's wedding.  I know him from my childhood.  His family had three boys, my family had three girls, and we were neighbors.  Pretty funny.  Our families are still really close, and I could not believe he was getting married!  Maggie had an amazing time dancing ALL night.  She would not stop.  She would also not dance with anyone else.  If she did, it was only for about a minute to humor the person, and she looked miserable during the process.﻿ 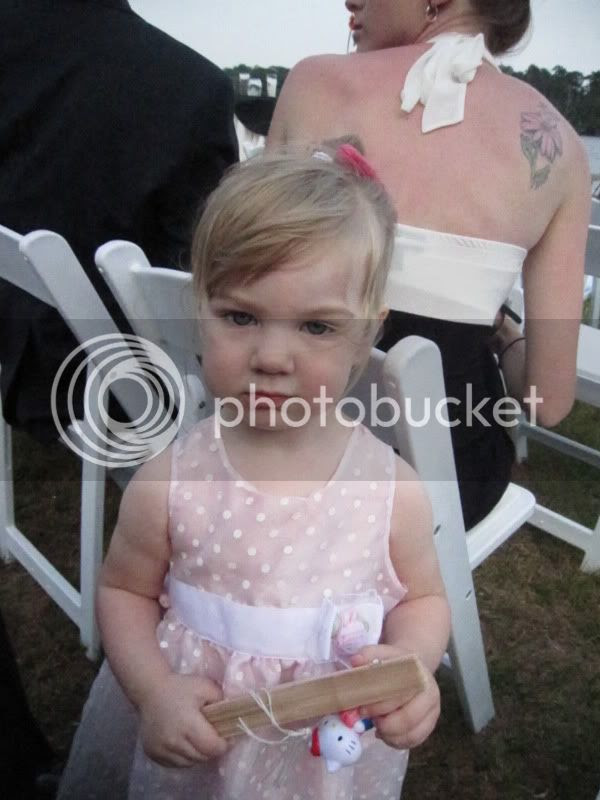 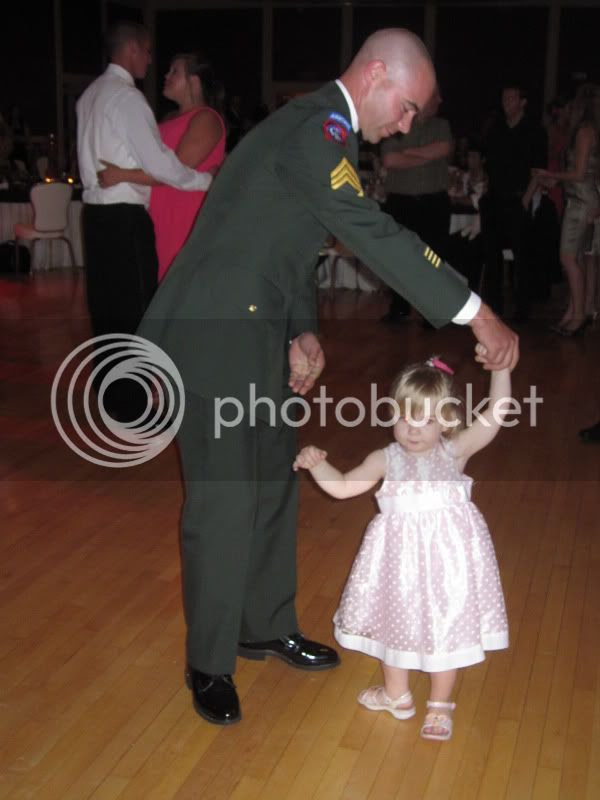 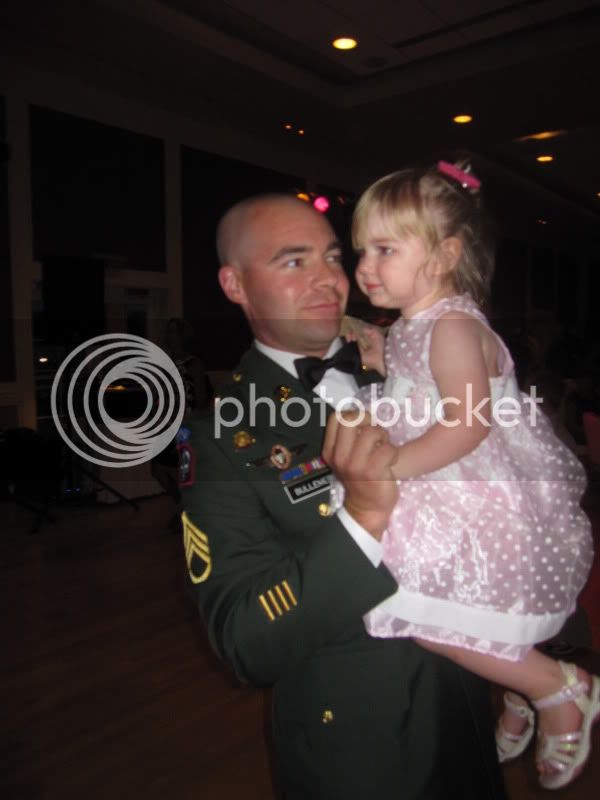 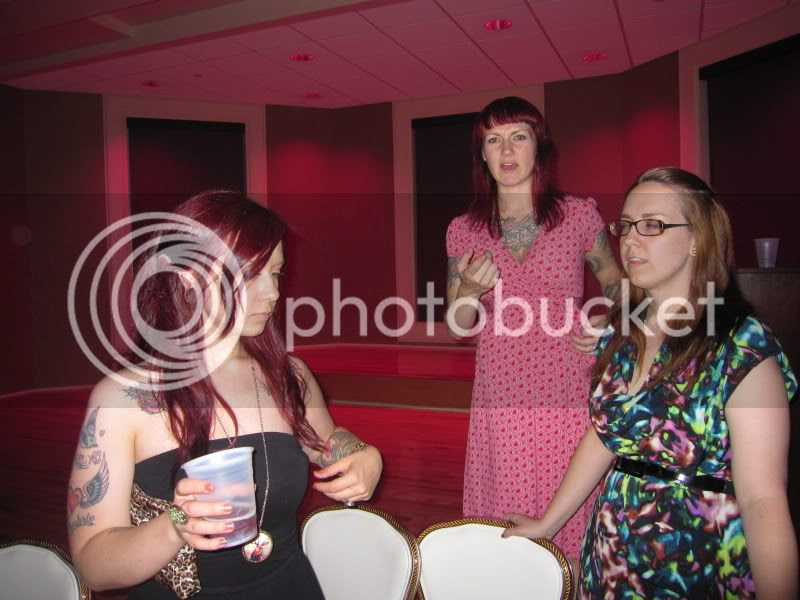 In this last picture with my two sisters, my mom had already had a couple of glasses of wine and thought my camera was her's.  I was in the middle of trying to find mine, and I looked at her and asked if the one she was holding was mine.  I think I need to work on my facial expressions.  I was not mad at all.  It was a simple mistake, because our cameras do look similar, but wow.  I looked pissed!
How was everyone else's week/weekend?  Are you as NOT ready to start next week as I am?!  I get to pack my whole house to move!﻿
Posted by Cheddah at 4:49 PM