This weekend was pretty relaxing.  Hung out at home and watched a couple of movies Friday, went to a BBQ on Saturday, and Sunday my husband was nice enough to watch our daughter so I could go up and hang out with my friend.
I did find a new hairstyle for my daughter which I am in love with.  I just wish she would wear it longer than just to take pictures!  I put the bandanna on her and she immediately wanted to take it off...  Until I said I wanted pictures.  She wore it, and the second I put the camera away she kept pulling at it and saying "off."  Oh well, she'll want to wear it one day!  and yes, she is already playing with makeup.  I can't believe I didn't want a girl.  They are so much fun! 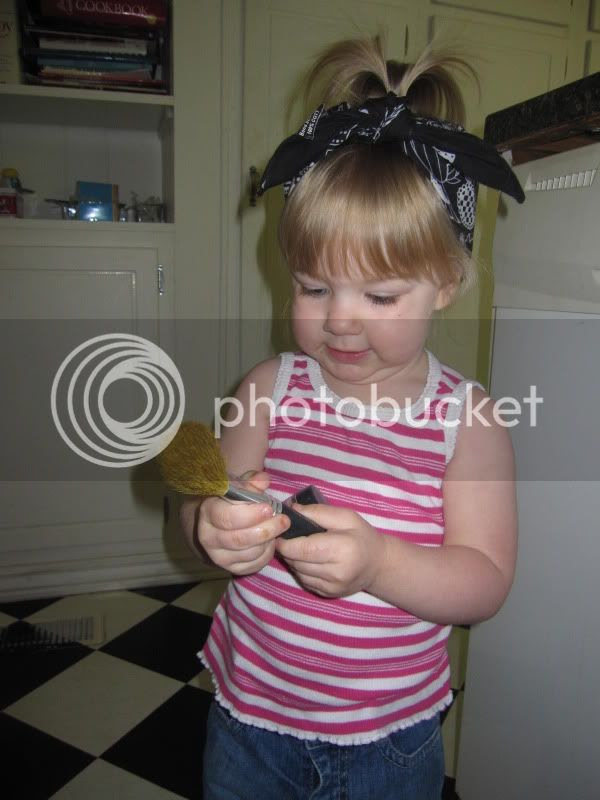 She actually wanted to be a little lovey dovey in this picture.  Usually Maggie is really independent and only gets like this before bedtime. 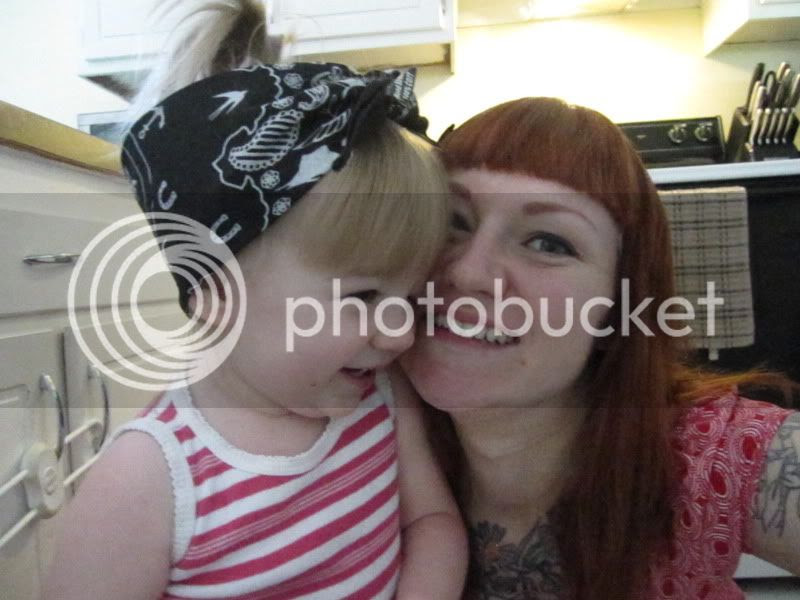 This is what happens when she reads her books.  She used to do this in the living room, but my husband got a book shelf from work and I could move everything in her room, so I did not have to clean books every freaking day! 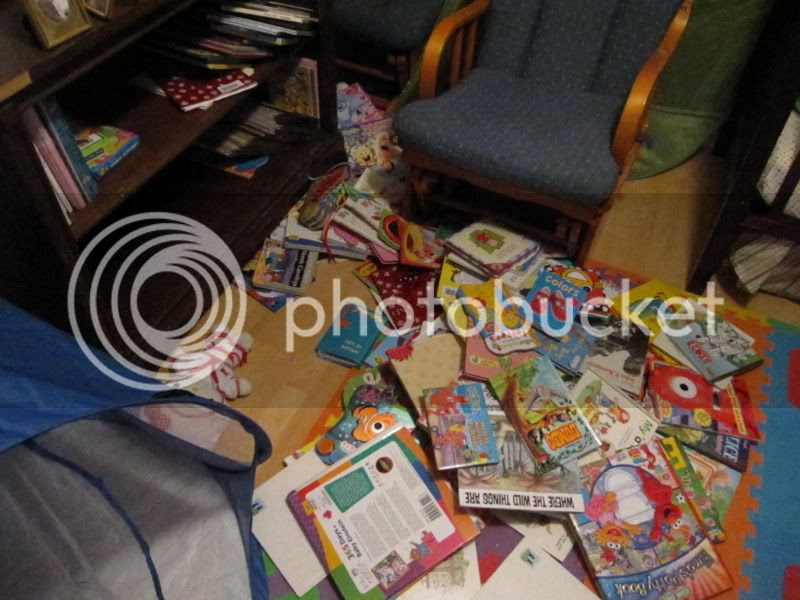 For once, this weekend, my husband was more scared about something than I was.  I am usually the one who is scared about EVERYTHING.  But I learned that he does not like snakes.  At all.  So, it was pretty funny when the neighbor came over and told us we had a snake in our backyard.  My husband would not get anywhere near it.  I had to get my camera and take a couple of pictures cause it was adorable.  I found out it was a rat snake.  I already knew it wasn't poisonous, but I think it made the neighbor and my husband feel better that I confirmed what kind it was and that it wasn't dangerous.  He was just sitting in the backyard sunbathing.  I wanted to show Maggie, but Dan was not all about it. 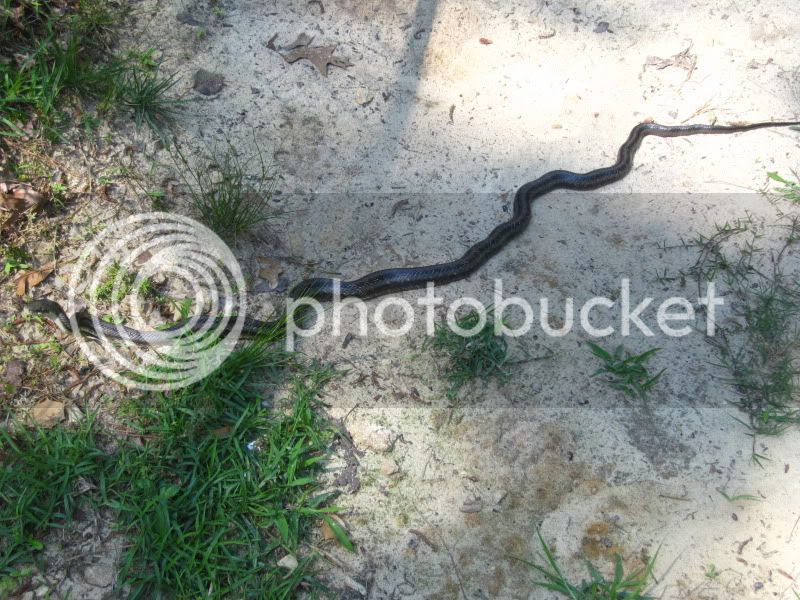 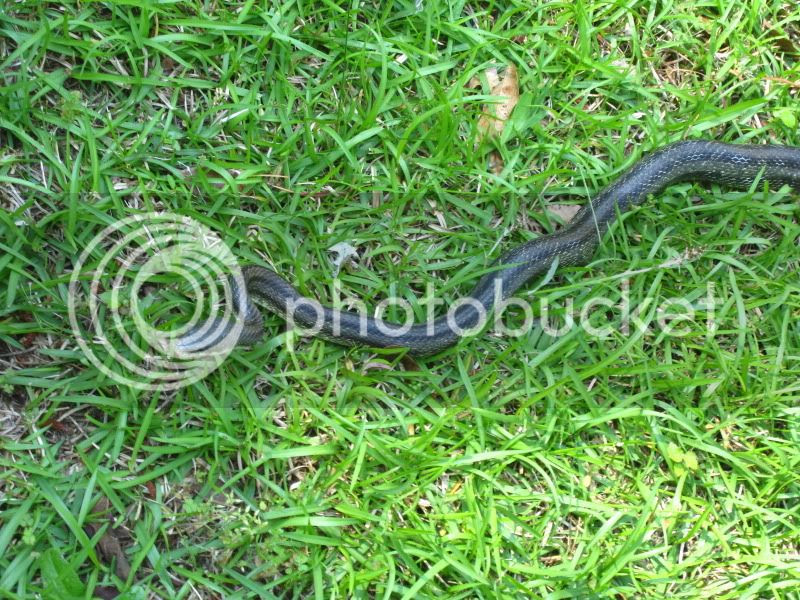 This is what our bulldog does ALL day long.  Only difference is he's not in the sun.  He loves sunbathing.  I love his little chicken legs!!! 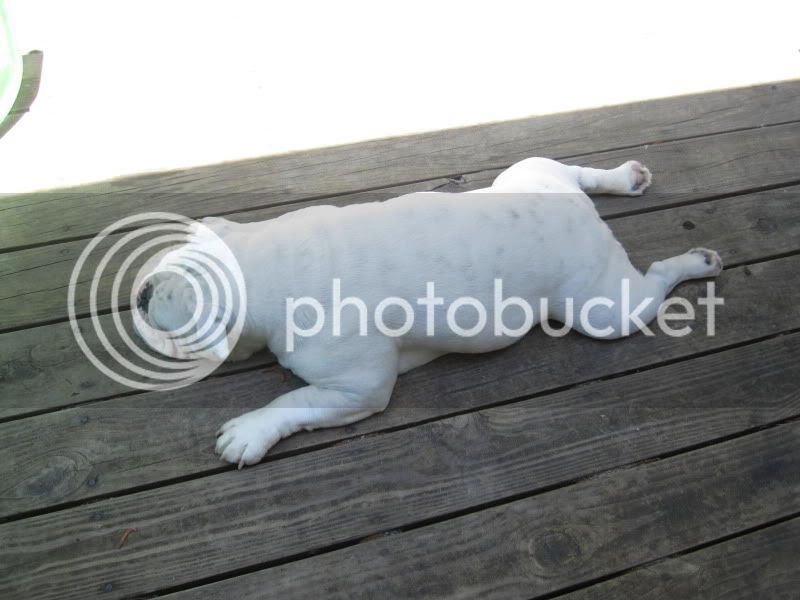 And finally, here's a shot at the BBQ.  My sister gave Maggie this bathing suit.  It is so adorable!  I was so happy the weather was nice enough for her to wear it and splash around a bit! 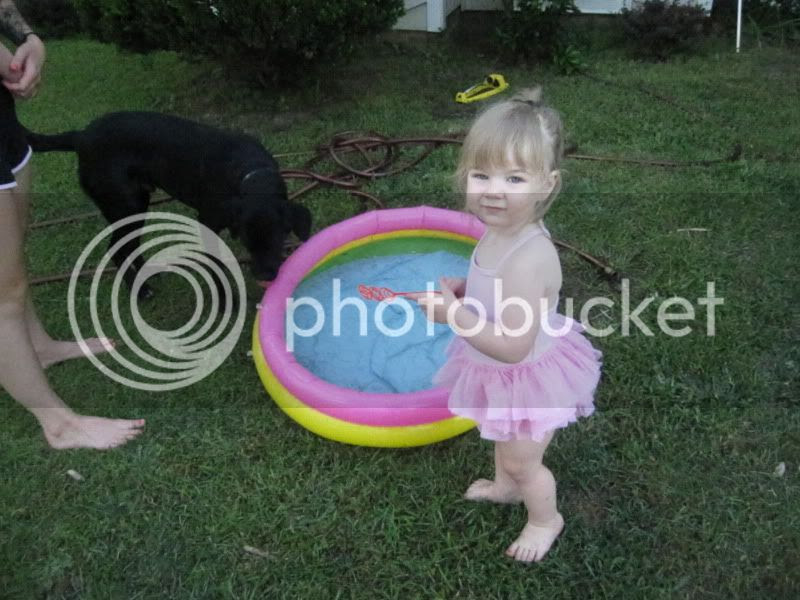 My husband just came in from outside and told me that lightening bugs are out!  I love that!  Except that today it was also 90 degrees.  That is really scary that it is only May...  actually its almost June.  Jesus, the time goes by fast.  I was going to say that's really hot for this time of year, but its not at all.
Am I the only one that calls them lightening bugs???  My husband thinks its funny.  He called them fireflies.﻿
Posted by Cheddah at 9:09 PM